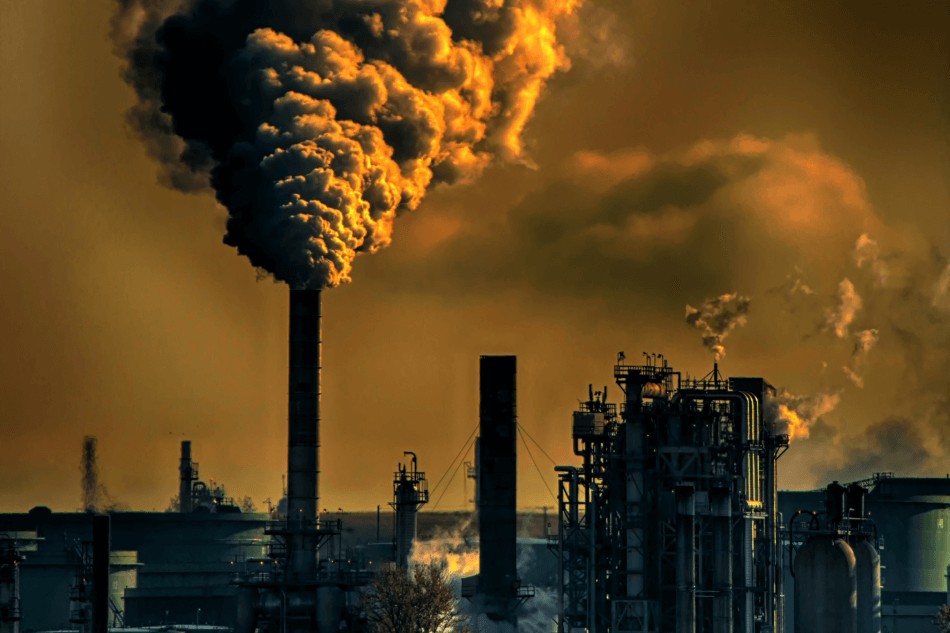 How not to solve the climate change problem

When politicians talk about reaching “net zero” emissions, they’re often counting on trees or technology that can pull carbon dioxide out of the air. What they don’t mention is just how much these proposals or geoengineering would cost to allow the world to continue burning fossil fuels.

There are many proposals for removing carbon dioxide, but most make differences only at the edges, and carbon dioxide concentrations in the atmosphere have continued to increase relentlessly, even through the pandemic.

I’ve been working on climate change for over four decades. Let’s take a minute to come to grips with some of the rhetoric around climate change and clear the air, so to speak.

As has been well established now for several decades, the global climate is changing, and that change is caused by human activities.

When fossil fuels are burned for energy or used in transportation, they release carbon dioxide – a greenhouse gas that is the main cause of global heating. Carbon dioxide stays in the atmosphere for centuries. As more carbon dioxide is added, its increasing concentration acts like a blanket, trapping energy near Earth’s surface that would otherwise escape into space. 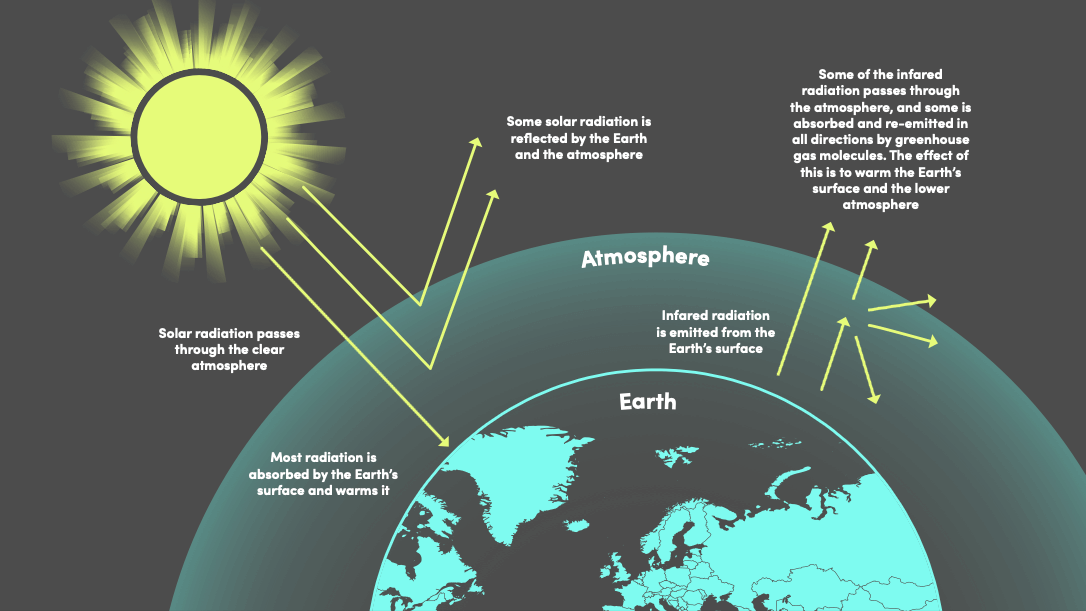 How the greenhouse effect works. EPA.

Because of these changes in atmospheric composition, the planet has warmed by an estimated 1.1 degrees Celsius (2 F) since about 1880 and is well on the way to 1.5 C (2.7 F), which was highlighted as a goal not to be crossed if possible by the Paris Agreement. With the global heating and gradual increases in temperature have come increases in all kinds of weather and climate extremes, from flooding to drought and heat waves, that cause huge damage, disruption and loss of life.

Studies shows that global carbon dioxide emissions will need to reach net-zero carbon emissions by midcentury to have a chance of limiting warming to even 2 C (3.6 F).

Currently, the main source of carbon dioxide is China. But accumulated emissions matter most, and the United States leads, closely followed by Europe, China and others. 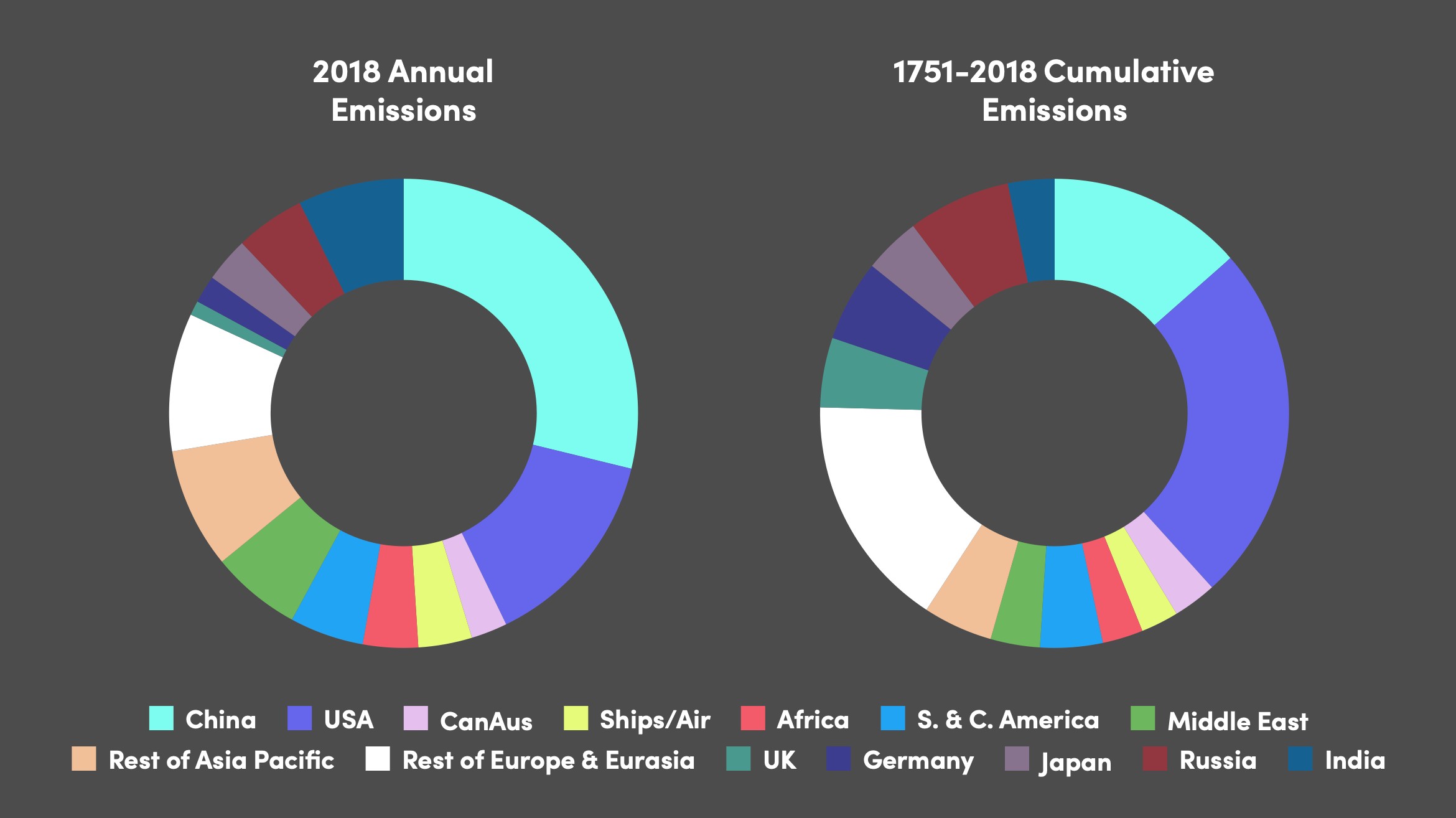 Estimated shares of carbon dioxide emissions from fossil fuels in 2018 compared with cumulative emissions over time, based on data released by BP. Kevin Trenberth, Author provided

What works to slow climate change?

Modern society needs energy, but it does not have to be from fossil fuels.

Studies show that the most effective way to address the climate change problem is to decarbonize the economies of the world’s nations. This means sharply increasing use of renewable energy – solar and wind cost less than new fossil fuel plants in much of the world today – and the use of electric vehicles.

Unfortunately, this changeover to renewables has been slow, due in large part to the the huge and expensive infrastructure related to fossil fuels, along with the vast amount of dollars that can main source of carbon dioxide buy influence with politicians.

Instead of drastically cutting emissions, companies and politicians have grasped at alternatives. These include geoengineering; carbon capture and storage, including “direct air capture”; and planting trees.

Geoengineering often means “solar radiation management,” which aims to emulate a volcano and add particulates to the stratosphere to reflect incoming solar radiation back to space and produce a cooling. It might partially work, but it could have concerning side effects.

The global warming problem is not sunshine, but rather that infrared radiation emitted from Earth is being trapped by greenhouse gases. Between the incoming solar and outgoing radiation is the whole weather and climate system and the hydrological cycle. Sudden changes in these particles or poor distribution could have dramatic effects.

The last major volcanic eruption, of Mt. Pinatubo in 1991, sent enough sulfur dioxide and particulates into the stratosphere that it produced modest cooling, but it also caused a loss of precipitation over land. It cooled the land more than the ocean so that monsoon rains moved offshore, and longer term it slowed the water cycle.

Carbon capture and storage has been researched and tried for well over a decade but has sizable costs. Only about a dozen industrial plants in the U.S. currently capture their carbon emissions, and most of it is used to enhance drilling for oil.

Direct air capture – technology that can pull carbon dioxide out of the air – is being developed in several places. It uses a lot of energy, though, and while that could potentially be dealt with by using renewable energy, it’s still energy intensive.

Planting trees is often embraced as a solution for offsetting corporate greenhouse gas emissions. Trees and vegetation take up carbon dioxide though photosynthesis and produce wood and other plant material. It’s relatively cheap.

But trees aren’t permanent. Leaves, twigs and dead trees decay. Forests burn. Recent studies show that the risks to trees from stress, wildfires, drought and insects as temperatures rise will also be larger than expected.

How much does all this cost?

Scientists have been measuring carbon dioxide at Mauna Loa, Hawaii, since 1958 and elsewhere. The average annual increase in carbon dioxide concentration has accelerated, from about 1 part per million volume per year in the 1960s to 1.5 in the 1990s, to 2.5 in recent years since 2010.

This relentless increase, through the pandemic and in spite of efforts in many countries to cut emissions, shows how enormous the problem is. 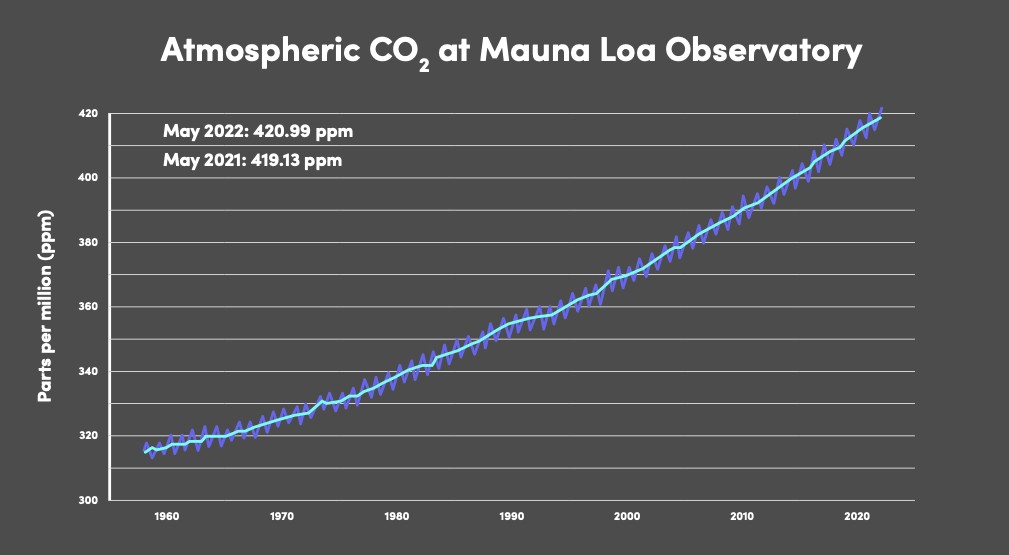 Carbon dioxide concentrations at Mauna Loa, Hawaii. The monthly mean, in red, rises and falls with the growing seasons. The black line is adjusted for the average seasonal cycle. Kevin Trenberth, based on NOAA data, CC BY-ND

According to the World Resources Institute, the range of costs for direct air capture vary between US$250 and $600 per metric ton of carbon dioxide removed today, depending on the technology, energy source and scale of deployment. Even if costs fell to $100 per metric ton, the cost of reducing the atmospheric concentrations of carbon dioxide by 1 part per million is around $780 billion.

Keep in mind that the carbon dioxide concentration in the atmosphere has risen from about 280 parts per million before the industrial era to around 420 today, and it is currently rising at more than 2 parts per million per year.

Tree restoration on one-third to two-thirds of suitable acres is estimated to be able to remove about 7.4 gigatons of carbon dioxide by 2050 without displacing agricultural land, by WRI’s calculations. That would be more than any other pathway. This might sound like a lot, but 7 gigatons of carbon dioxide is 7 billion metric tons, and so this is less than 1 part per million by volume. The cost is estimated to be up to $50 per metric ton. So even with trees, the cost to remove 1 part per million volume could be as much as $390 billion.

So for hundreds of billions of dollars, the best prospect is a tiny dent of 1 part per million volume in the carbon dioxide concentration.

This arithmetic highlights the tremendous need to cut emissions. There is no viable workaround.

Share "How not to solve the climate change problem" on